Simon Ekpa a Criminal, Not Working for Us – IPOB

No Result
View All Result

Simon Ekpa a Criminal, Not Working for Us – IPOB

by Olive
in Trending
0

We, the global movement and family of the Indigenous People of Biafra (IPOB) under the command and leadership of our great leader Mazi Nnamdi KANU wish to disassociate our noble movement from the ignoble and criminal activities of Simon Ekpa and his autopilot group. (Read More Here).

IPOB has been existing long before Simon Ekpa and autopilot group came on board. Simon Ekpa and his group are neither part of IPOB worldwide family neither do they subscribe to our operational methodology and people should therefore stop associating them with the revered IPOB under the command of Mazi Nnamdi Kanu.
Henceforth they and the general public are put on notice to desist from using the name of Mazi Nnamdi Kanu, ESN and IPOB to defraud the unsuspecting public or for any of their activities. Ekpa and his group should stop their attempt to ridicule and debase the institutions our leader Mazi Nnamdi Kanu sacrificed all to establish.
We want to place it on record that Simon Ekpa is not, and has never been a member of IPOB. Since he does not want to abide by the ideals of IPOB he should form his own group and pursue Biafra freedom the way he is convinced and stop attaching himself to the cherished name of IPOB.
Simon Ekpa should know that the politicians sponsoring him and his group to demonise IPOB, ESN and Nnamdi KANU will soon abandon him and his sinister activities.
We want his family, friends and associates who know him to advise him to leave IPOB out of his activities. Simon Ekpa, autopilot and Umuada highways in America should stop their attemp to tarnish the hallowed name of IPOB and its security arm the ESN established by Mazi Nnamdi Kanu to liberate our people from the bondage of Fulani terrorists nation called Nigeria.
The purported Nollywood classroom unveiling of what was termed M.Branch was a folly taken too far which simply revealed the motive and the aganda of Simon Ekpa and his sponsors. The general public should stop associating IPOB with such Nollywood movies. We are confronted with very serious existential threat and can not for any reason turn this noble cause of freedom and liberty of the Indigenous people of Biafra into a circus. Please the public and the mainstream media should be properly guided.
These self-aclaimed autopilots without aeroplanes should desist from creating the impression that thay are part of this noble family led by Mazi Nnamdi Kanu because they are not.
We are calling on European Union and the world to take note of anyone trying to use the name of IPOB to instigate crisis in our land
We want to clarify that M-Branch which these dissidents are claiming to be forming in a room somewhere, was commissioned by Mazi Nnamdi Kanu many years ago before launching ESN. IPOB’s M-Branch personnel do not have uniform. M -BRANCH is the IPOB international secret service . They are not in uniform Just as secret service people anywhere are not uniformed men. So, anybody claiming to be forming M-Branch with uniform is on his own.
M-BRANCH is a secret service in the ESN STRUCTURE created by MNK. No one has seen them before. They have no uniform and very few people actually know about their operations. So ask yourself why would anyone claim he has publicly launched an inteligence Unit in IPOB if such a person is not working sinisterly for a pay master in the pursuit of an evil agenda?
People should be properly guided and not allow themselves to be scammed. A word is enough for the wise.
COMRADE EMMA POWERFUL MEDIA AND PUBLICITY SECRETARY FOR IPOB.
http://feeds.feedburner.com/kossyderrickent/rss 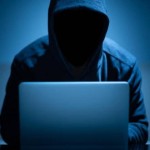 6TH OF MAY FRIDAY JAMB 2022 QUESTIONS AND ANSWERS

Silicon Valley is fed up with slow Internet speeds

No Result
View All Result