A human rights organization, the Centre for Human Rights and Social Justice ( CHRSJ) had dragged a Lagos State Divisional Police Officer(DPO), Mr. Johnson Olusoji with Phone number:-(+234 8035707563)and one Inspector Funmi with Phone number:-(+234 7033962683), over planned illegal arrest of Mr. TOYIN Banuso, Aina Banuso and others on frivolous allegation raised by land-grabbers.

The DPO Olusoji and some of his officers had earlier been alleged of bribery scandal over illegal arrest of three brothers on trump-up issue.

Mr. Olusoji, a Divisional Police Officer in charge of Morogbo Divisional Police Station,Badagry, under Area”K” Police Command in the State, had directed Funmi who claimed to be IPO to write an invitation Letter to invite Mr. TOYIN Banuso and others with the main aim of putting them incommunicado in order to do the bid of land-grabbers in the area.

Information has it that,DPO Olusoji was in the known of this matter and he always gave the Police support to illegal action of these thugs and land grabbers in the area,with the coordination of the Station DCO.

According to the Petition Letter dated Monday 26th of July, 2021 and signed by the Executive Chairman of CHRSJ, Comrade Adeniyi Alimi Sulaiman,which copies were made available to newsmen on Sunday, described the action of DPO Olusoji as unlawfull, illegal, lawlessness, indiscipline, undemocratic, unconstitutional, aberration, anartema, and abuse of office, which the amended 1999 Constitution of the Federal Republic of Nigeria, frowned at it.

The Petition Letter was forwarded to Inspector General of Police (IGP), Police Service Commission (PSC), National Human Rights Commission (NHRC),AIG Zone 2 and host of others for their notification and necessary actions on the subject matter.

Comrade Sulaiman urged the Police authourity to look into the unprofessional conduct of corrupt DPO Olusoji and his officers in order to prevent another occurrence that could tarnish the image of the Nigeria Police Force(NPF) further before the international Community and its investigative Body like *”Federal Bereau of Investigation(FBI)”*.

He further explained that Alhaji Mutiu Adamson of No.2,Unity Close, Akesan-Igando, Lagos and his partner, Alhaji Muri bought half a plot of land each from Idowu family at the rate of One thousand naira (N1,000) each with receipt dated 17th day of November,2006 with evidence of receipts and both of them were friends of Jafo Authourity who is also friend of DPO Johnson Olusoji, as their now hell-bent to claimed Twelve Million Naira from the rightful owner- *Osunba Family”*.

Sulaiman, who doubles as Convener, Save Lagos Group (SLG) urged the Police authourity not to take this report against the DPO Johnson Olusoji and his officers with levity hand because they have become thorn in the flesh of the people of the area, adding the timely intervention of the Police authourity would prevent the replicate of the *#EndSars* saga in the area. 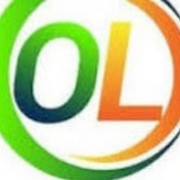 One swallow does not make the spring